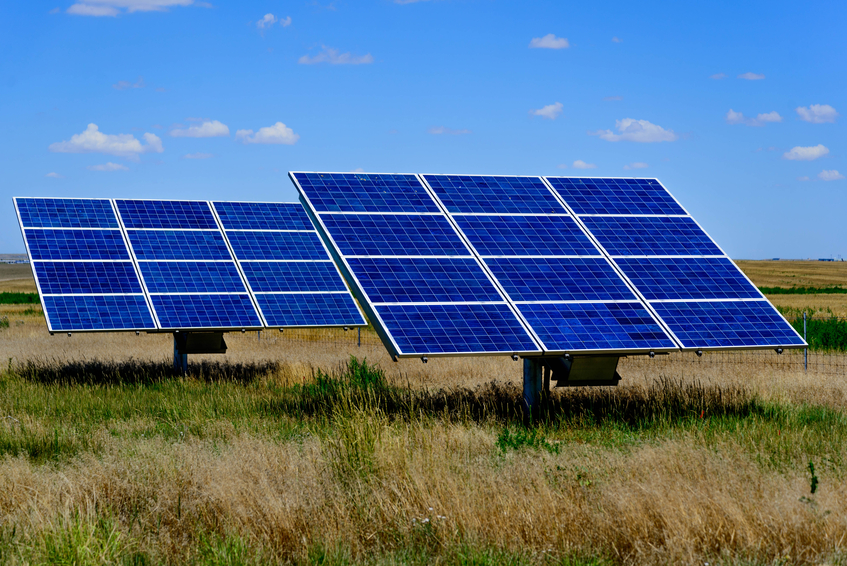 One can do a cost benefit analysis with respect to losing generation at an unintended angle for that season and loss due to shadow effects. In this case, the exercise was futile to move the panels to 18 degrees to counter shadow effects. Following on the generation closely for all the 6 months at the 35 degrees tilt, it was noticed that in January the panels which were not affected by shadows were performing lesser than the forecasted generation itself. Probably another tilt angle could be tried for January month alone.  However, it is not feasible once Module mounting structure (MMS) design considerations are frozen for 3 specific tilt angles.

Two equal sized and co-located Solar plants were compared on different aspects basing it against the forecasts – i) the generation differences at different tilt angles ii) Effect of shadows across both plants. Following were the findings.

The effect of shadows at both the plants had a major impact on generation at the 35 degrees tilt, and it was more in one of the plants. It was evident that the terrain and its compounded impact on shadow effects resulted in generation loss at the 18 & 35 degrees angle and thereby the gains of seasonal tilt were limited. 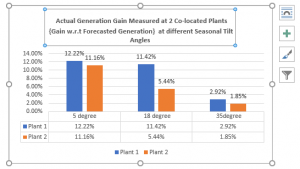